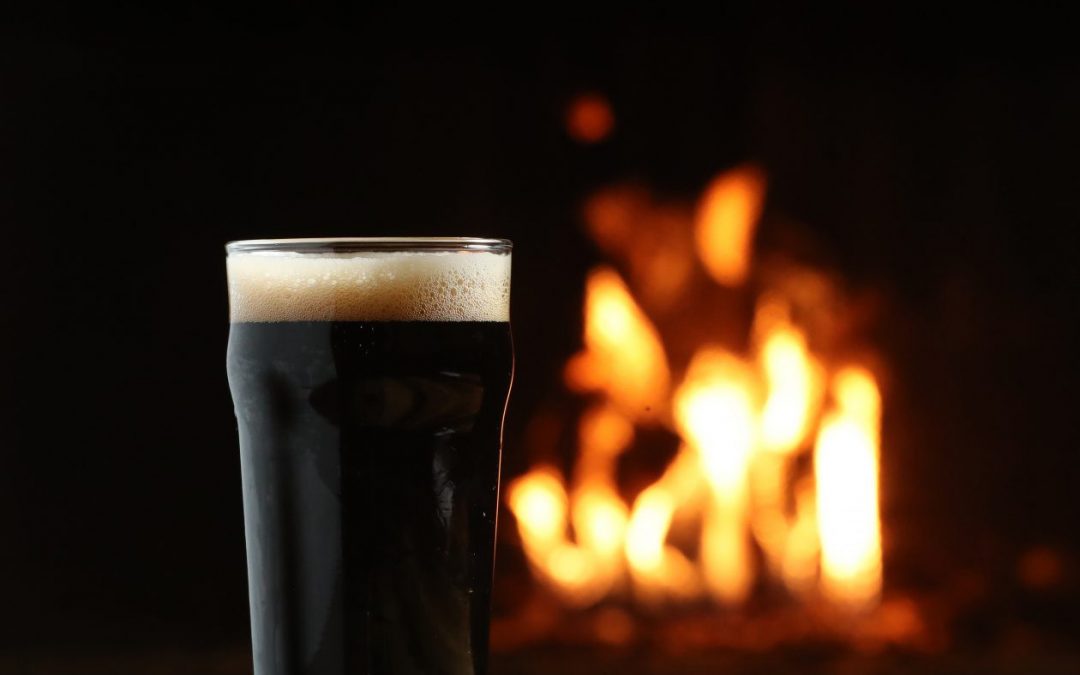 This blog is dedicated to one of our valued customers, Stout Guy. Alright, his name is actually Kevin, but we only know him as ‘Stout Guy’. He for sure has no idea that that’s what he’s known by here. Anyways, along with stouts, he also drinks strong, barley wines, Belgian Triples, and Quads; and most other strong, dark beers. Every time he comes into the store, typically every Thursday, because he knows we get dope beer on Thursdays, he asks, “Got any new stouts?”

Fall is the prime season for him, with Winter being a close second. We’re always able to put something new and cool into his hands. But now with the warmer weather, and everyone focusing on fruit beers and sours and IPAs and fruited sour IPAs, he’s typically out of luck.

Nevertheless, there are still some stouts being released periodically, and we will finally be able to hook Stout Guy up with some dopeness. Now, two of these dope beers I’m writing about are not currently not in any of our stores, and very well may never be, and the other two will be in stores for a very limited time. Because, ya know, I like the limited beers. As I tell many customers, if you don’t snag it now, you won’t have another opportunity to do so until next year.

And Now, The Brews! 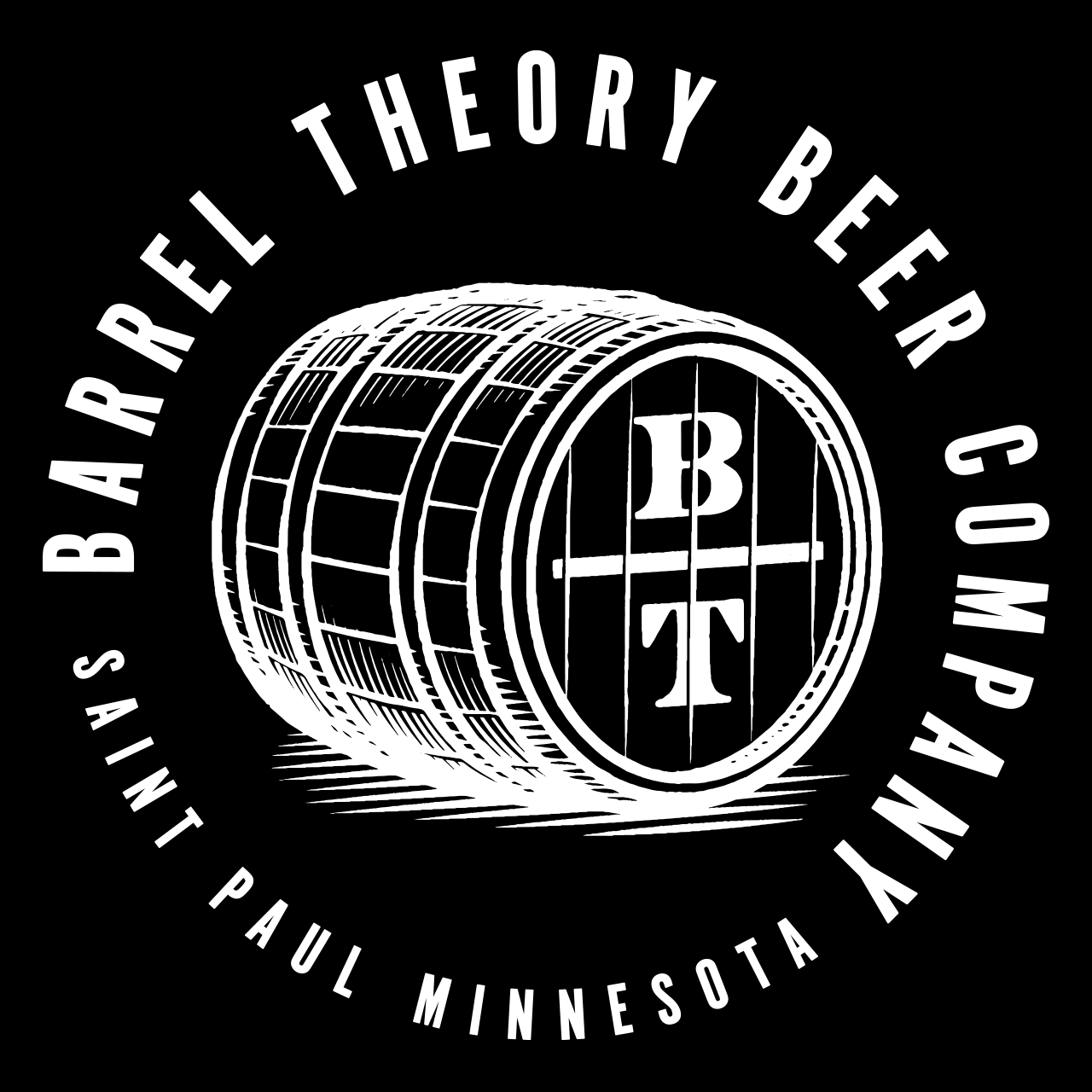 I can honestly say that this is one of the best Peanut Butter stouts I’ve ever had, right up there with Junkyard’s BA King Size. A hugely creamy and soft mouthfeel follows enticing aromas of cacao and peanut butter. Brewed with actual peanut butter cups and loads of real peanut butter, Slime Green Paint clocks in at 11.5% ABV and tastes like candy. It is truly one of the best PB Stout offerings in Minnesota.

The only downside to this beer is that it is only available at the taproom, as Barrel Theory doesn’t distribute. But trust me, it’s worth the trip to St. Paul. 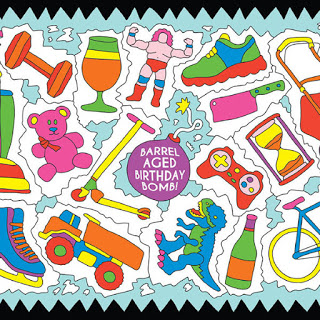 Bomb! is good. Birthday Bomb! is also good. Barrel Aged Bomb! is great. Barrel Aged Birthday Bomb! is phenomenal. It’s an imperial stout brewed with cacao nibs, chili peppers, coffee, vanilla beans, caramel sauce, and toffee, and then it gets thrown into bourbon barrels to round it out. The result is a dense, thick, sticky, behemoth of a beer that rivals some of the best barrel aged beers in the world. For this reason, it is extremely limited; it’s actually allocated, meaning that the stores that sell the most beer from Prairie will get it. The only reason why we’re fortunate enough to get our hands on some this year is because we sold so damn much of that Rainbow Sherbet sour after I blogged about it. Just kidding, that beer sold itself, that tasty little bastard. 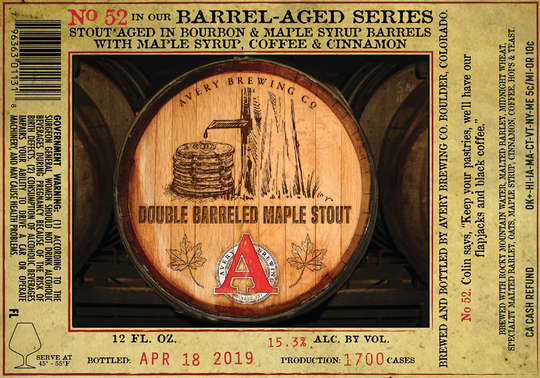 Alright, so think Founder’s CBS, but with cinnamon. Or think Central Water’s Cassian Sunset, but with maple. Or think Odd Side’s Hipster Brunch Stout, but without bacon.

So, we’ve clearly got a good beer here. Avery’s barrel aging program is one of the best in the country. Their original barrel aged imperial stout is called Uncle Jacob’s Stout, and it used to fly off the shelves as quickly as Bourbon County. But now, for some reason unbeknownst to us, the demand isn’t as high as it used to be, even though the quality is as high as it’s ever been. Well, people are fools, so more for those of us who know what’s what.

Onto the beer. Double Barreled Maple Stout, which is Number 52 in Avery’s Barrel-Aged Series, is an imperial stout aged in bourbon barrels and maple syrup barrels with maple syrup, coffee, and cinnamon. Think it’s intense? You’re right. This is one that we’re very excited to get into Stout Guy’s hands. 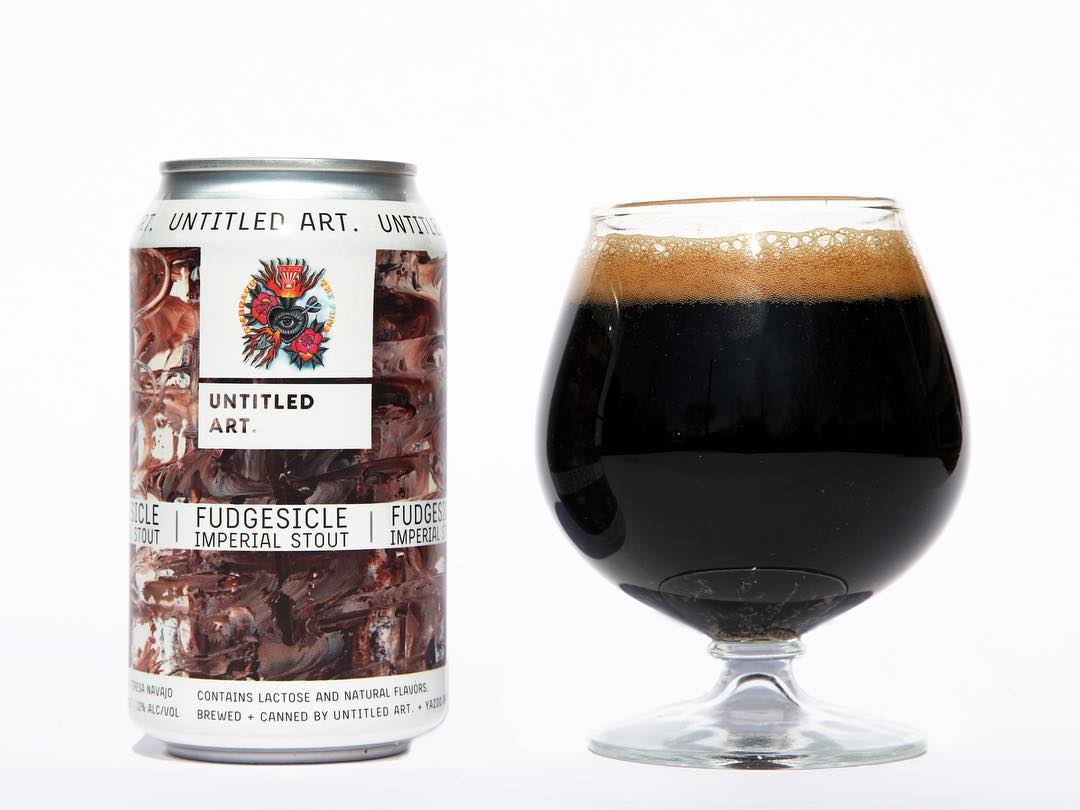 Looking for some boozy chocolate sauce in a beer can? Well, if so, you’re gonna have to make a trip to Wisconsin for this one. Untitled Art is an experimental Micro Brewery who collaborates with breweries all over the country to create super unique expressions of Art, which in this case is, of course, beer.

This expression of art is a collaboration with Yazoo Brewing Co. out of Nashville. Their beer is only available in Tennessee and Mississippi, so this is a good opportunity to give them a shot.

Fudgesicle is an Imperial Stout that is brewed with Hershey’s syrup, Cholaca syrup, vanilla, lactose, and cacao nibs from Madagascar, Guatemala, and the Dominican Republic. A lot of richness went into this beer, which explains why it pours like motor oil and tastes like actual chocolate syrup. Come to think of it, this would be a great beer to pour over a bowl of ice cream or to use in a milkshake. Wow, that’s a really good idea. I know what I’m doing when I get home from work!