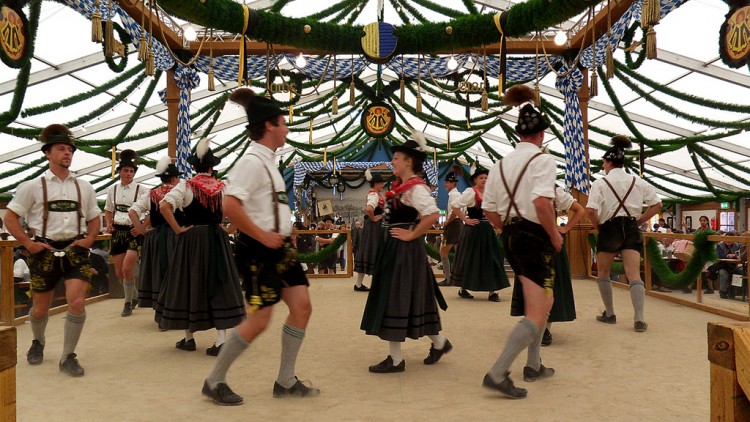 I don’t know about you, but Oktoberfest is one of my favorite beer holidays. Lederhosens, dirndl dresses, and oversized beer mugs, what’s not to love? Not only is it a great holiday for overindulging in some classic renditions of Festbiers, but it’s also a great way to celebrate one of the largest single immigrant group in Minnesota history and the largest ancestry group, according to the 2000 census data.

Now, if you’re not aware of the history of Oktoberfest, back in the early 1800s, there was a prince who was to marry a princess, as one does. Instead of simply inviting the most royal of friends, they decided to invite all of Munich to celebrate. The party was so crazy that it lasted about a week and ended with your typical closing ceremony, a horse race. When they decided to run another horse race the following year, the tradition started. Since then, the celebration has been concentrated down to drinking beer and dancing to the sweet sounds of a polka band.

Here in Midwest, we like to do thing a little differently. This week I’ve featured a couple Minnesota versions of Festbiers and one more tradition version from Minnesota’s largest zoo, Iowa. So, let the polka soothe your earholes, grab your largest mug, and head over to your favorite German bar, I personally like Gasthof Zur Gemutlichkeit in NE. Prost to the married couple and prost to Germany!