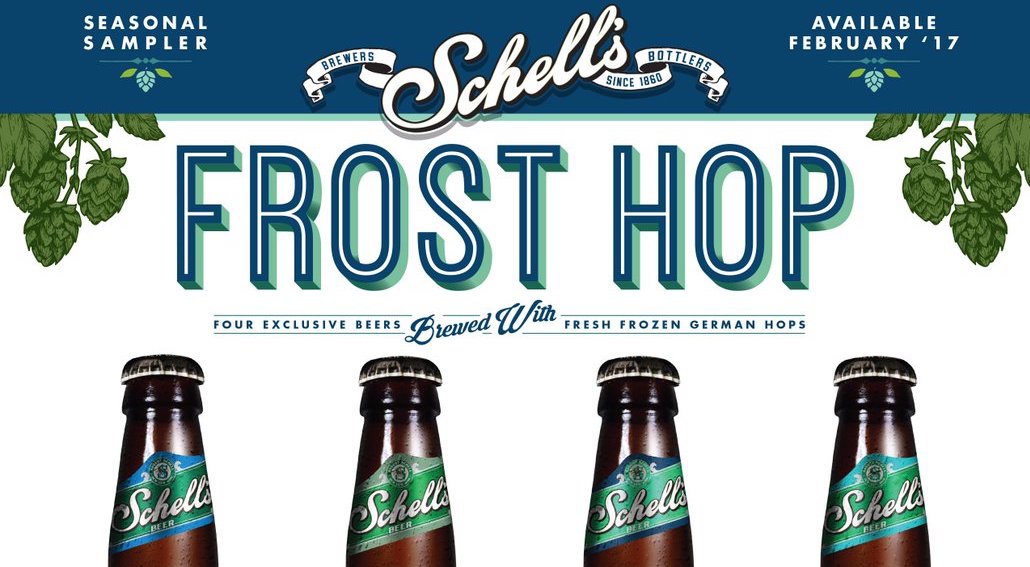 Schell’s, Minnesota’s oldest craft brewery, has recently come out with a much-anticipated variety pack featuring four different brews that were made with fresh frozen whole cone hops from Germany. All four styles were brewed exclusively for the pack and Schell’s has outdone themselves with each one of these beers!

Personally, I am a pretty big fan of Schell’s. They are consistent, keep with tradition and yet still manage to create something new (Look at their Starkeller series/brewery).

I must warn you; these variety packs are at the end of their run. If you haven’t gotten to try this yet, you should drop what you’re doing and head on in to grab some before they’re officially done. We don’t even know if they will run the same beers in the next year’s Frost Hop pack.

If you need some convincing on why these beers are so good, and why this is probably one of my top 5 variety packs, keep reading.