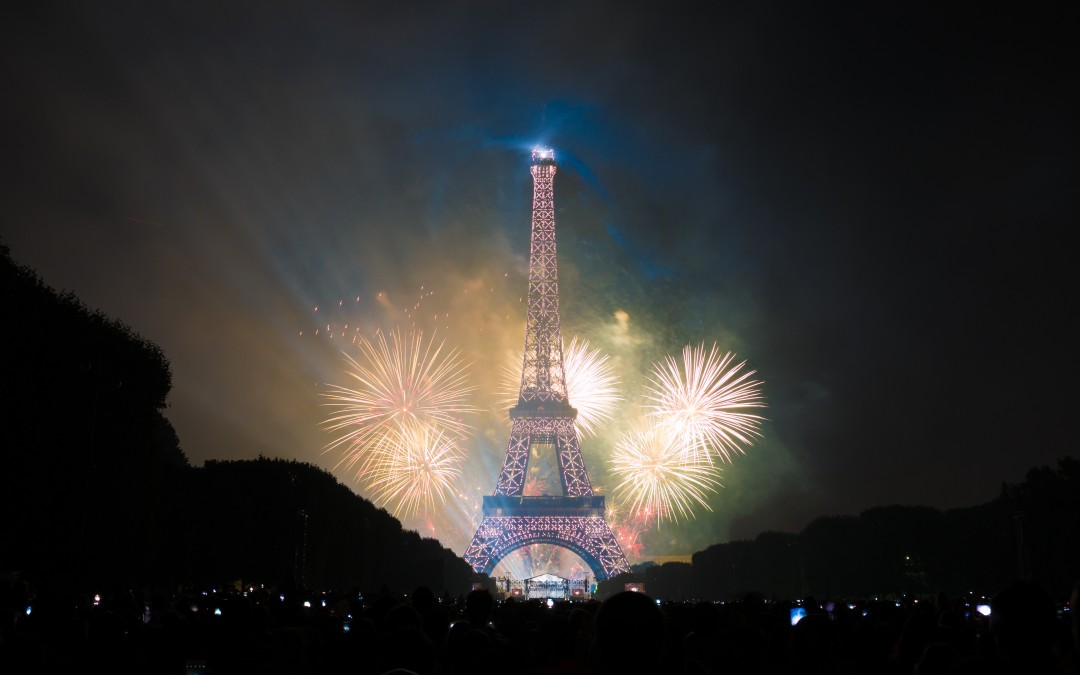 Guess what. Tomorrow is Bastille Day, France’s Fourth of July. When trying to figure out which beers I wanted to feature, an array from French beers. Seeing as I was thinking about this on Tuesday, the only beers I had available to me were those on the shelves of Top Ten. We have only three French beers currently in stock. A cider, a beer that I’ve already reviewed, and a light beer that, to be honest, I just didn’t want to drink. So, I got a bit creative with it. The beers below are not French, but they do have some ties to France. The first, a Belgian beer, umm… well, it’s next to France and some parts of Belgium speak France. Check! The second beer has a French name, La Folie, and is aged in French oak foeders. Check. Finally, the last beer is brewed in Quebec, and they speak Frech-Canadian. Check. Three checks and three beers to celebrate Bastille Day with!