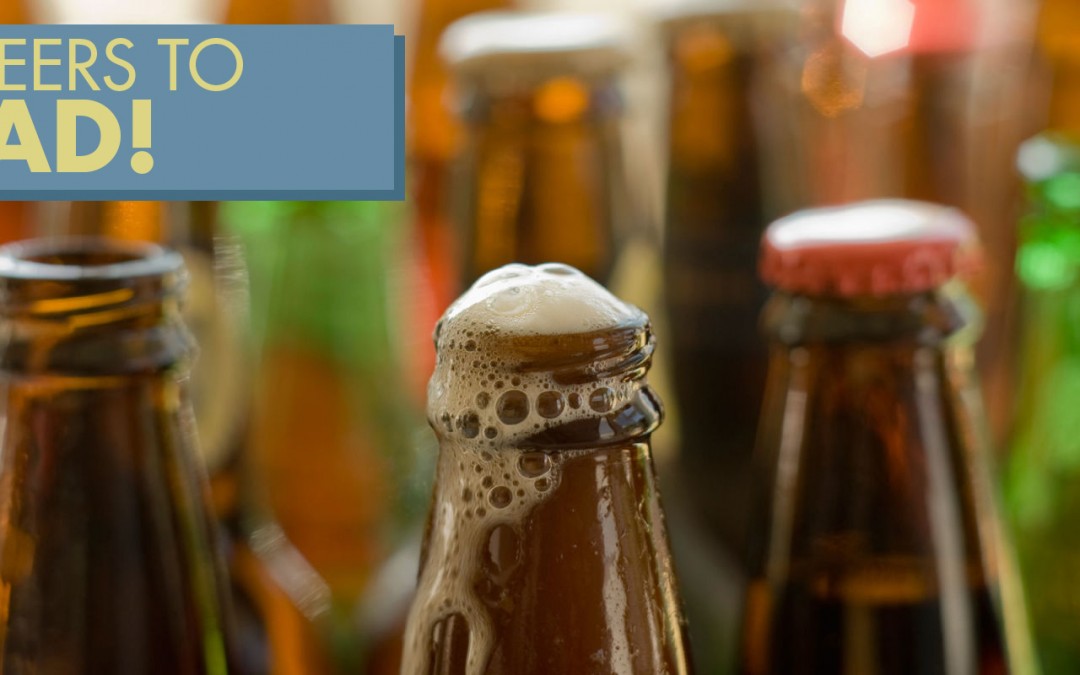 With Father’s Day on Sunday, we thought it would be fun to tell you all about what our Dads’ favorite beers are. Surprisingly, our Dads like beer, and not just regular beer, actual good beer! Wonder where they figured this out….

Cassie’s Dad: My dad is a simple man, when I was a kid growing up our fridge was stocked with Miller High Life, Old Milwaukee, and Pig’s Eye. As I became of the drinking age, I also fell into the same footsteps of the regular ole’ domestic beers. Right about the time Minnesota started getting excited about craft beer was when I hopped on that train, almost 10 years ago now. My dad was a bit slower, however. Over the years, I have hustled him with close-out deals, most of which included an IPA in the pack. Last month, I had a variety pack of Sierra Nevada IPA’s, and, much to my surprise, he said that Torpedo was his favorite!

It’s hard to pinpoint the exact moment my dad started getting into craft beer, but I know it started around the time that he and I built a kegerator out of an old mini fridge that I had in college. The first two kegs that I purchased for that thing was Great Divide’s Oak Aged Yeti, an Imperial Stout, and Unibroue’s La Fin du Monde, a Belgian Tripel. Yeti was too much for him, as was for most of the people who came to visit. I pretty much had to drink that whole keg by myself, poor me, but the La Fin du Monde, he loved that beer. From there he has begun to explore tap rooms and craft bars opening his taste buds to new and exciting beers! The last TWO kegs that he had was Castle Danger’s Cream Ale, a fantastic beer. Good choice, Dad!