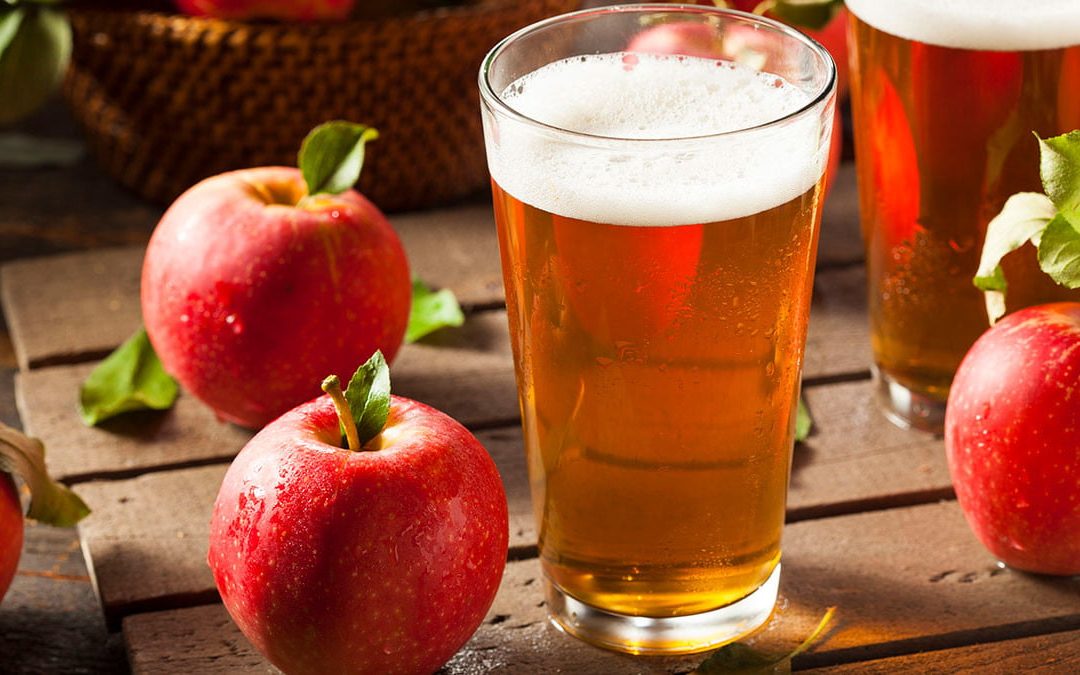 This week, I’m taking a few steps outside of my comfort zone, and writing about Hard Ciders. I will honestly say right off the bat that I am not a huge fan of ciders, but I approached this with open eyes, an open mind, and an open palate.

I suppose I’ll start with a little background of ciders, for those loyal readers aren’t as in tune with them as they are with beer. Cider is made from fermented apples and is mostly consumed across the Atlantic – in fact, the UK has not only produced the most cider in the world but consumes the most cider in the world as well. Other than Europe, cider is produced in India, Australia, and Canada. The US is one of the few places that produces non-alcoholic cider, which is why is most know as ‘Hard Cider’. There are almost as many styles of cider out there as styles of beer. The most common way to differentiate between ciders is with the dichotomy of Sweet-Dry. It really is so much more complicated than this, as the legitimate cider scale would look more like a wheel diagram with a hundred flavor points. 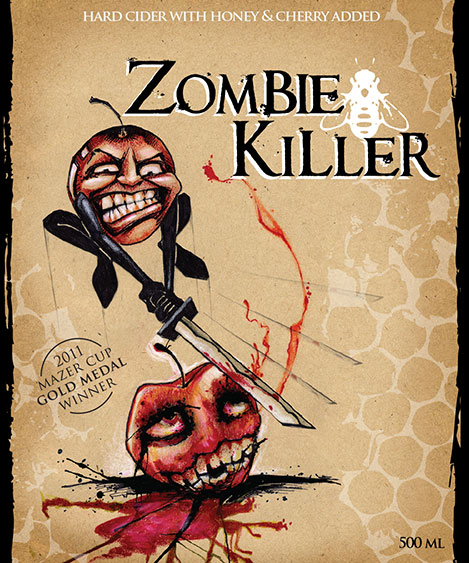 “Dedicated to the freaks and the geeks! What started as a top-secret experiment with Michigan honey, cherries and apple cider became a viral epidemic. It won’t be easy to survive, so grab your weapons and don’t forget this bottle for backup! Serve cold… Zombies hate the cold… B. WARE GRrrHaarrhUrrgh…”

This super unique cider is infused with honey and cherries, which deliver a not-overly-sweet flavor. This sweet, sticky juice won the 2011 Mazer Cup Gold Medal, and with good reason. This is one that I can certainly get behind. 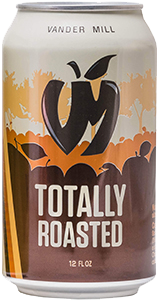 Totally roasted, rotally toasted, duuude… This cider begins as a traditional hard apple cider, and then is infused with cinnamon roasted pecans, which bring flavors of vanilla, cinnamon, and nuttiness, that leads into a semi-sweet and tart finish.

This would be a good starting point for someone trying to get into ciders because of the unique adjuncts that bring up candied notes while preserving the natural taste of the apple. 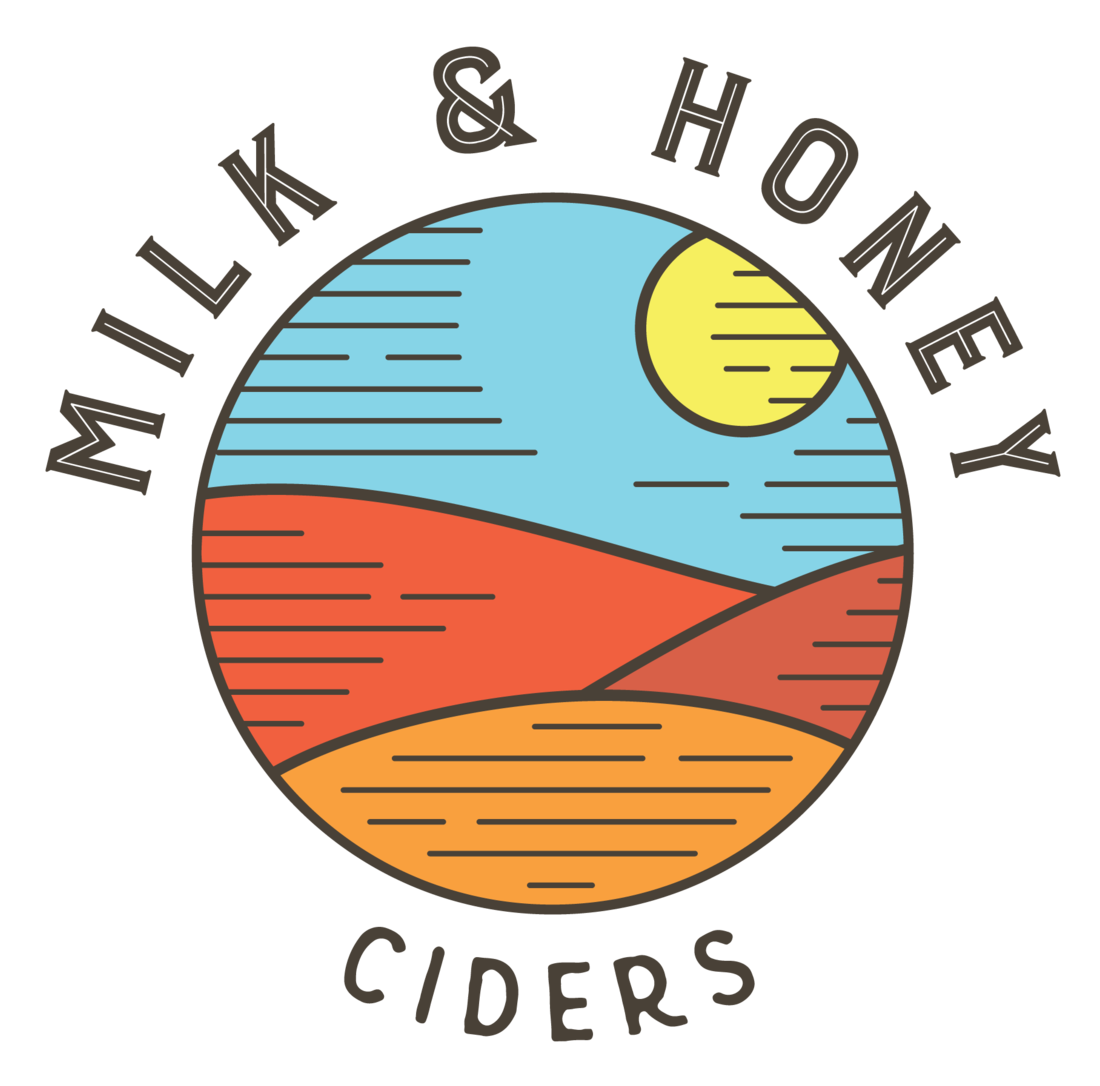 Ice cider is typically a very strong cider that is fermented from frozen apples as opposed to fresh apples. They are generally higher in ABV, and certainly taste like it.

Milk & Honey’s uses Chestnut Crab Apples and then throws it in bourbon barrels for 8 months. The result is a sharp cider with a balanced sweetness. The rich candy apple character is complimented by caramel and vanilla notes on the palate and the finish.

This little sucker sure is pricy, but I’m tellin’ ya, you won’t be disappointed sipping on it around a bonfire in good company. 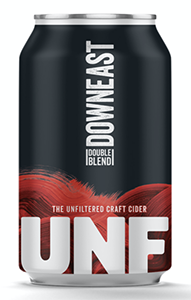 If there is such thing as an Imperial Cider, this’d be it. Downeast wanted to push the envelope and see just what would happen, and they ended up doubling their Original Blend. The result is a sweet, tart, boozy treat that certainly doesn’t need any Fireball added to it. 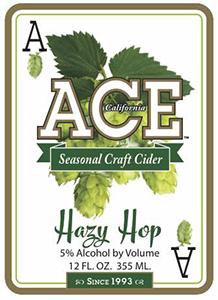 Y’all are foolin’ if you think I’m not gonna talk about a dry-hopped hazy cider. I mean, c’mon, this is like my schtick, ya know?

Ace starts with their regular apple cider base and then dry hops it with majestic Mosaic hops. The sweetness from the cider and the tropical and herbal notes from the hops come together wonderfully and complement one another better than red and green.