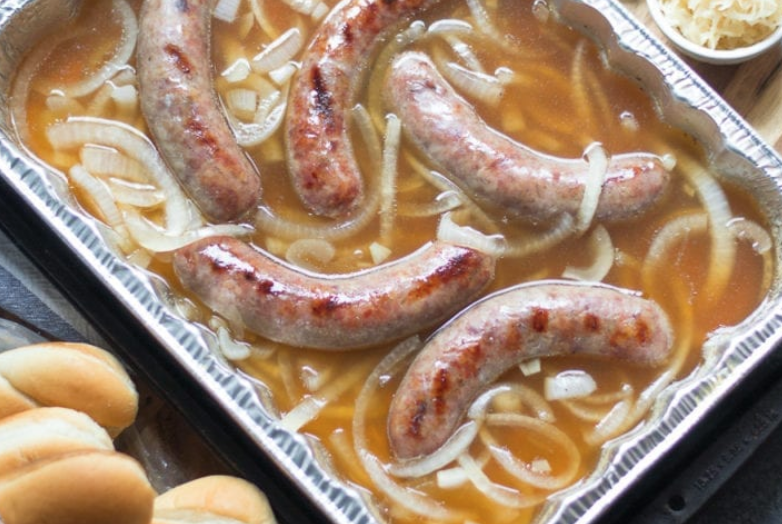 Which beer boils makes the best beer brats?  Well, I took it upon myself and my coworkers’ palates to find out. Let it be known that this is simply Part 1 of the experiment. After completing this round, I realized that there was a lot to improve on, so it would be a disservice to not attempt to improve my research tactics.

Disclaimer: Some of the beers that I chose to use in this experiment are absolutely not beers that I would write about in any other blog. I do not want the integrity of my blog called into question just because some of these beers are better boiled with brats as opposed to just drinking. In the future, expect more banging hazy IPAs and sours.

Just to minimize any confusion, I will list the beers in order from best to worst, the top one being the one that was the most preferred with the brats.

The recipe used with each beer was the exact same; the only thing that changed was the beer base.

Recipe: – 6 brats (I was going to use Johnsonville, but they were frozen, so I went with Cub brand)

After that, you’re good to grill. And if you’re reading this blog, I will assume that you’ve grilled brats before, so I won’t tell you how to do that.

Now onto the results! -Will 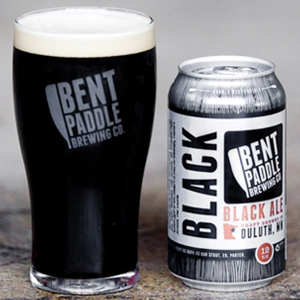 Black is brewed to be a smooth, chocolatey, semi-roasted ale that bridges the islands of Porter and Stout. Black drinks like a porter but is opaque like a stout and is brewed with a generous amount of oats to round out the flavor, and contribute to that smooth, velvety mouthfeel.

Side note: this is also the base beer that is used for Double Shot Double Black, which is a very sought-after barrel aged beast that gets released every fall.

This was the winner of the experiment. The sweet, chocolatey notes came through wonderfully. This was by far the most flavorful of the beers I used, which was a semi-surprise to me. 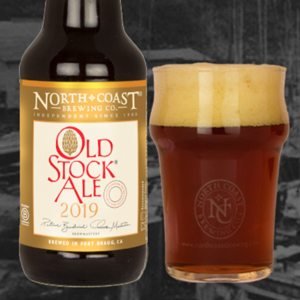 Like a fine Port, Old Stock Ale is intended to be laid down. With an Original Gravity (density before fermentation) of over 1.100 and a generous hopping rate, this beer is well-designed to round out and mellow with age. It’s brewed with classic Maris Otter malt and Fuggles and East Kent Goldings hops, all imported from England.

The flavors from this beer came through as sweet and savory, but certainly not as much as the Black. 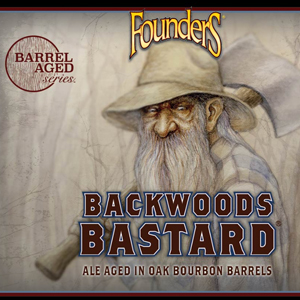 Backwoods Bastard is Founder’s Scotch Ale that is aged in bourbon barrels. Expect lovely, warm smells of single malt scotch, oaky bourbon barrels, smoke, sweet caramel and roasted malts, a bit of earthy spice and a scintilla of dark fruit. It’s a kick-back sipper made to excite the palate.

I also poured about an ounce of Knob Creek Rye Whiskey in as well, with the hopes of getting more of a pronounced whiskey flavor.

The main thing with this one was spice. Rye spice and a tad of smoke were the most present flavors. 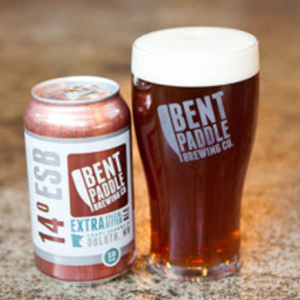 This is Bent Paddle’s well-rounded approach to the classic British Ale. It is very well balanced with slight flavors of toasted malt, traditional British hop accents, and pine and citrus from a round of dry hopping with Amarillo and Ahtanum hops. This beer also won Silver and Bronze medals in the Great American Beer Festival in 2015 and 2014, respectively.

The flavors from this one were very mild. Some roast notes if you really searched for them, but this one really just ended up tasting like a brat. 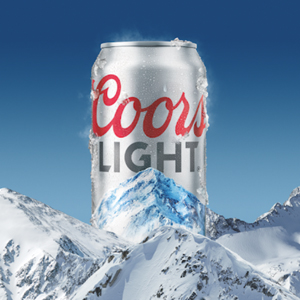 You can’t have a beer brat experiment without some light, domestic lager.

Coors Light is a light American Lager brewed with Rocky Mountain water and canned in what are now known as ‘Silver Bullets’. I feel like I’m a commercial.

This one also just tasted like a brat, but certainly did present a subtle sweetness. This one was actually Mark’s (Chanhassen Wine Expert) favorite, which we thought was funny, because he easily has the most refined palate of anyone that helped with the experiment. 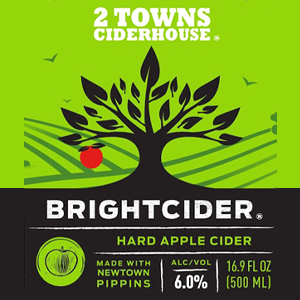 Radiant and balanced, BrightCider shines with Newtown Pippin apples, the pioneer variety that defined the cider palate of the Northwest. It also uses other varieties of Northwest apples, but mainly the Newtown Pippin. The story goes that colonists found this apple so remarkable that Thomas Jefferson himself wrote from France during his travels “They have no apples here to compare with our Newtown Pippin.” This cider is fermented cold to slow the fermentation process, which helps to retain the aromatics of this heirloom fruit. The result is a tribute to American heritage cider with a modern Northwest twist.

I’m not a huge cider guy, but this stuff was actually really good. 2 Towns definitely does a good job.

I thought that this would make the brats sweet and appley. In my mind, they were going to taste like chicken apple sausages. I was wrong. The flavor did not hold up very well at all, and this one also just tasted like a brat.

Other than that, everything went pretty well. I will refine my process and get back to you with Part 2, coming soon.